The Cameroon Baptist Convention (CBC) Health Services has pledged to reduce the burden of childhood cancers in Cameroon and the entire sub-region. This commitment was made during the commemoration of the 2019 International Childhood Cancer Day (ICCD). Activities to mark the day in all hospitals and health centers of the CBC Health Services were centered on raising awareness on childhood cancers which is a public health problem worldwide.

Statistics from ICCD revealed that each year, more than 300,000 children ages birth to 19 years are diagnosed with cancer around the world. Approximately 8 in 10 of these children live in low and middle-income countries where their survival rate is often near 20%. This is in plain contrast to high-income countries, where cure rates exceed 80% for many common childhood cancers.

There is a great disparity in the chances of survival from childhood cancers in high-income countries and middle-income ones like Cameroon. Glenn Mbah, Oncology Nurse and Coordinator of the Childhood Cancer Program of the CBC Health Services says this disparity is largely attributed to the low level of awareness by the population. “Sadly, medical personnel most often don’t suspect cancer early in children, leading to late diagnosis which further limits the chances of survival,” corroborates Glenn.

In order to abet the trends of childhood cancers in Cameroon, the CBC Health Services put in place a Child Cancer Program, which has over years been involved in education, diagnosis, and provision of curative treatment to all childhood cancers.

Larissa, Cancer survivor, 21 years old today, was opportune to have been diagnosed of cancer early and still vividly remembers, “I was diagnosed with Burkitt’s lymphoma at my twelfth birthday in 2010 at Mbingo Baptist Hospital (MBH). It all started with a swelling on my right jaw.”

My parents took me to the hospital where the doctor operated the mass swelling. A month later, the swelling resurfaced and was far bigger than the first. We were referred to MBH where it was diagnosed to be cancer. I received chemotherapy for 4 months and continued with full treatment. Since then, the mass has not reemerged again. “I am today healthy and going with my activities unperturbed,” rejoiced Larrissa

The Childhood Cancer Program of the CBC Health Services since inception in 2003 prides herself of having treated 1,700 cases. The Program Coordinator notes that these successes are tied to early diagnosis and appropriate treatment. By and large, it is incumbent on health personnel to step-up suspicion rate of cancers just like they do for common ailments in order to prevent avoidable deaths in children from cancer.

Childhood cancers certainly have predisposing factors. Dr. Kouya Francine, Oncologist observes that only a few known risk factors for cancer have been identified, which include: problems with development in the womb, medical conditions, exposure to infections and radiation, previous cancer treatments, etc. “To a large extent doctors believe that genetics may play a role in the development of childhood cancer,” underpins Francine. 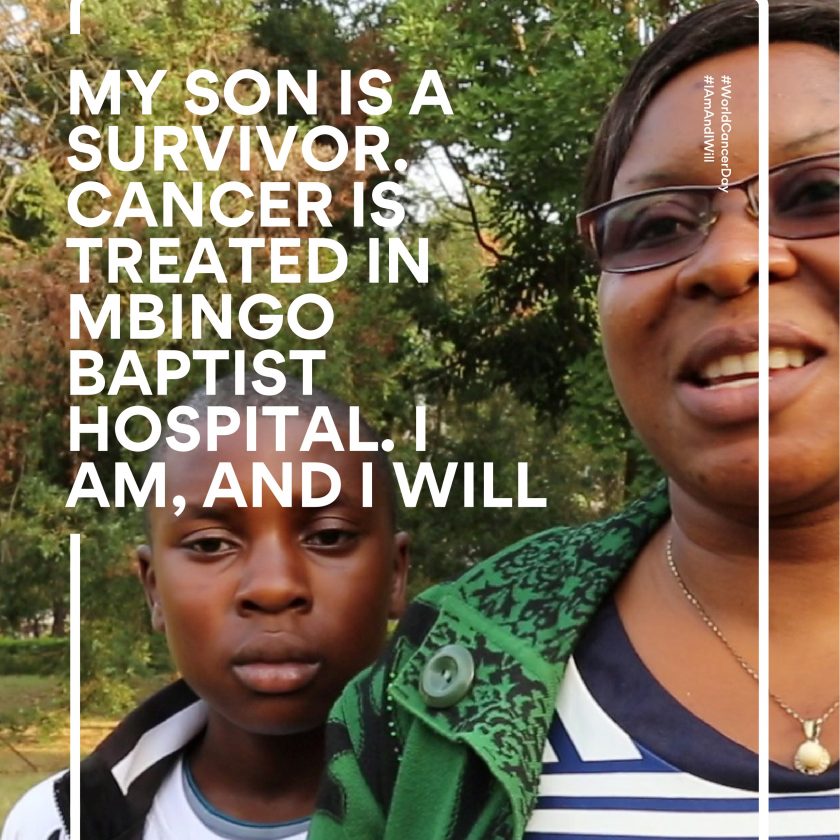 The work of the CBC Health Services’ Childhood Cancer Program is in line with the target goal of the WHO Global Childhood Cancer Initiative to eliminate all pain and suffering of children fighting cancer and to achieve at least 60% survival rate, for all children diagnosed with cancer around the world by 2030. This represents an approximate doubling of the current cure rate and will save an additional one million children’s lives over the next decade.

The focus at this year’s ICCD was “No More Pain and No More Loss” for all children with cancer regardless of where they live in the world.