HI Television, a Buea based media outfit has joined the ranks of other reputable media organs in Cameroon in recognizing the tremendous strides being made by the CBC Health Services and her Director, Prof. Tih Pius Muffih in the provision of quality healthcare, especially in the crisis regions of the Northwest and Southwest.

Prof. Tih received two Achievement Awards from the TV House on March 5, 2019 at the Baptist Center-Nkwen in Bamenda in recognition of CBC Health Services’ huge impact in the provision of quality healthcare in Cameroon in 2017 and 2018 especially in crisis regions and to Prof. Tih Pius for being the best Director in the provision of health services in communities in the country.

Present at the Award giving ceremony were the HI Television team lead by the Publisher of Independent Newspaper, Mr. Peterkins Manyong, the Executive President (EP) of the Cameroon Baptist Convention (CBC) Rev. Dr. Ncham Godwill, the Directors of the different departments of the CBC, the CBC Health Services Chief of Administration and Finance (CAF), Mr. Warri Denis, and some heads of department and program of the CBC Health Services.

Handing over the award, Peterkins pointed out that “These awards are in recognition of the wonderful services rendered Cameroonians and even foreigners by the CBC Health Services led by Prof. Tih Pius Muffih. The Director, whom he described as a workaholic and a force to reckon with, has over the years, improved on the lives of Cameroonians especially during this crisis periods by ensuring the continuous provision of health services to all.”

Baptizing the Director “a Civil Engineer,” Mr. Peterkins Manyong appraised the modern health infrastructures built in all parts of the country by the CBC Health Services, adding that it only takes a visionary leader as Prof. Tih to realize these. He goes on to explain that these awards are intended to encourage him and his leadership to continue to do more for Cameroonians in the light of the provision of health services and infrastructure.

Though awarded in 2019, these awards were meant to be given in 2017 and 2018 respectively, but due to the crisis and insecurity in the region, the award giving ceremony was postponed to 2019. 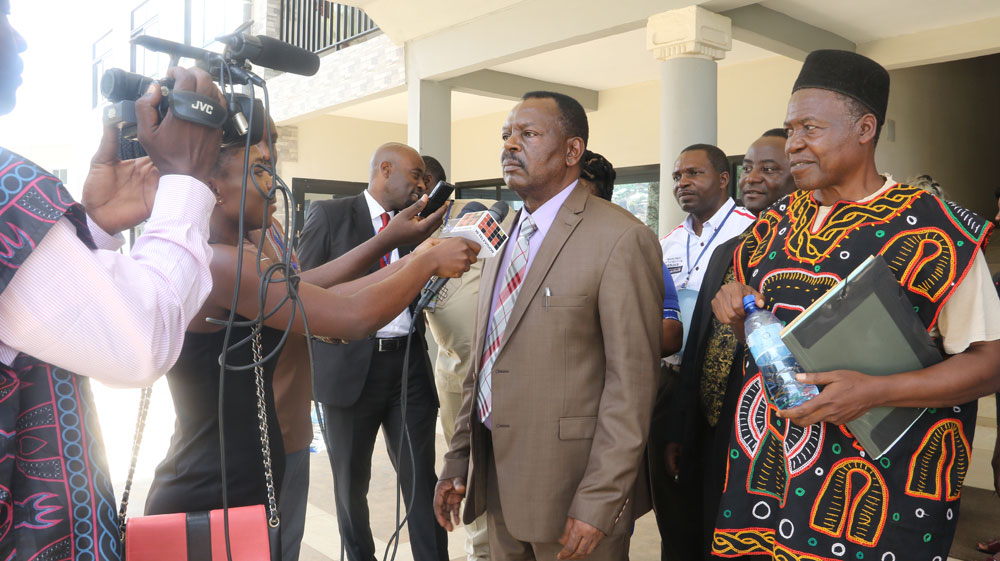 Speaking to the press shortly after the award, the Director of CBC Health Services, Prof. Tih Pius expressed gratitude while explaining the significance of the award to the CBC Health services. “I want to thank the Hi Television, for honouring the CBC Health Services with these awards. The awards are recognition of work we’ve done and that we’ll still continue to do.

This award is an encouragement for people to perform better. Our services will continue to attend to the people of Cameroon by offering quality health care to all who need it as an expression of Christian love. We’ll do that without discriminating and with happiness that we’re serving humanity,” said the public health expert.

On a personal level, Prof. Tih noted that the awards are an encouragement to him as a leader, to the CBC leadership team, the Christians, and the CBC Health Services workers who have been praying for the CBC Health Services to continue to do more in her provision of health services to all as an expression of Christian love. He then encouraged everyone to embrace preventive than curative measures in handling health challenges in Cameroon.

The Cameroon Baptist Convention (CBC) Executive President (EP), Rev. Dr. Ncham Godwill took turn to appreciate the gesture of the HI Television and other media present at the award ceremony. “This is a very humbling privilege, and honour to one of the CBC Departments. This award is not only for Prof. Tih Pius, but also to the entire CBC. The award will spur us as a team working with Prof. Tih, spur him up as a person and also spur up the Health Services to do more in providing health services to all as an expression of Christ love,” expressed the EP.

Unanimously nominated and voted by readers, renowned jurists and journalists, this well-deserved honour was presented to the CBC Health Services in appreciation for her remarkable efforts towards championing awareness campaigns against HIV/AIDS and Cancer in Cameroon.

At such a time when the country is undergoing political and economic crisis, especially in the Northwest and southwest regions of Cameroon and strongholds of the CBC Health Services facilities, the organization has continued to stay true to her mission statement of ensuring that all have access to health care. It is reassuring and encouraging as such a time, to know that someone is watching and appreciative of the work this faith-based organization had and still continues to render in improving the lives of Cameroonians.

Editorial: The Relevance of CBCHS’ Mission and Vision