To promote the knowledge of childhood cancer, identify all patients and provide exemplary comprehensive care 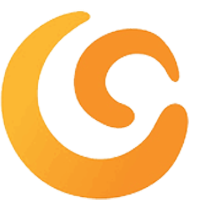 No Child Should Suffer !!!

Childhood cancer treatment requires a coordinated effort and a qualified team of health professionals throughout diagnosis, treatment, and rehabilitation stages. The Cameroon Baptist Convention Childhood Cancer Program began with the treatment of Burkitt lymphoma in Banso Baptist Hospital in 2003 as fruit of a partnership between the Cameroon Baptist Convention Health Services; the United Kingdom based charity organization Beryl Thyer Memorial Africa Trust; and the University of Stellenbosch in Cape Town, South Africa. The tremendous impact of this program and the growing needs for its services led to its expansion to Mbingo Baptist Hospital in 2006, and to Baptist Hospital Mutengene in 2007. Expansion continued to include curative care for Nephroblastoma in 2007; Retinoblastoma, Kaposi sarcoma and other childhood cancers in 2012.