The CBC Health Services participated in 16 side meetings that geared towards Awareness to Advocacy and Access Acceleration on NCDs. The main event saw 76 countries make statements during the plenary segment and endorse the 2018 High-Level Political Declaration on NCDs.

In the run-up to the HLM3, on September 24, 2018, the Global NCD Alliance held a briefing for NGOs attending the High-Level Meeting on NCDs. A passionate crowd of NCD Civil Society actors at this event shared successes of the NCD movement to date and discussed how to ensure that the next platform of the NCD agenda be stronger.

Sir George Alleyne, NCD Alliance’s Board member and Director Emeritus of Pan American Health Organization (PAHO) challenged everyone to be personal when talking about NCDs, given that governments and leaders talk about NCDs as if they don’t concern them. “NCDs concern everyone and everyone is exposed to the risk of having NCDs,” he said. 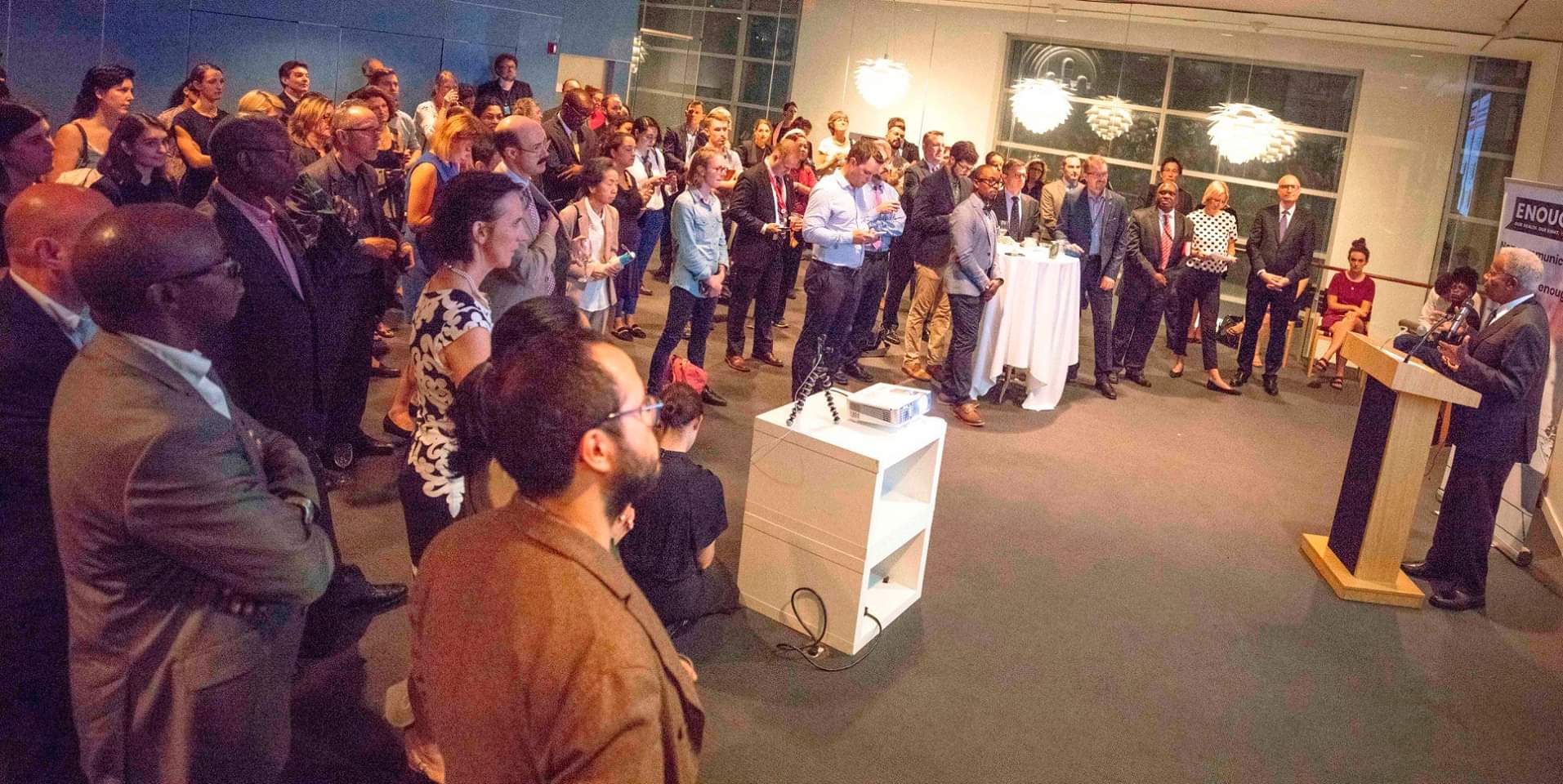 The event included panel discussions on Delivering on Commitments/Accountability and implementing the WHO “Best Buys” and other commitments to NCDs prevention and control.

Maik Dunnibier made a landmark presentation on alcohol titled “Trouble Brewing,” an advocacy policy and guide that can help put the issue on the agendas of world’s governments which was released by WHO, the NCD Alliance, International Organization of Good Templars (IOGT) and Vital Strategies.

Maik Dunnibier opined that “The world is reaching an inflection point and a tepid response to NCDs is simply not an option for the sake of billions of people around the world, it is time for a radical change.”

The NCD Alliance, with nearly 350 Civil Society Organizations, including the CBC Health Services, and experts released a joint statement calling on all the leaders at the High-Level Meetings in New York to seize the “Do or die” moment of the third UN High Level Meeting (HLM) on NCDs to go beyond the unambitious and weak commitments contained in the political declaration of the third UN HLM on NCDs adopted in New York on September 27, 2018.

This strong call comes at a time when governments are failing woefully to represent the health needs of their populations by compromising with health inhibiting industry interference.

On October 1, 2018, the Civil Society criticized the weak language in the agreement that governments signed onto and called for more accountability. “Governments have squandered the opportunity of this High-level meeting to close the financial gap for NCDs with real commitments for the health of their people,” reads Civil Society’s statement.

“We are disappointed that this political declaration is not nearly as ambitious, as innovative, nor groundbreaking as it needs to be to deliver on the commitments that Heads of State and Governments made in 2011 and 2014,” said Katie Dain, CEO of the NCD Alliance.

Civil Societies have also criticized the UN HLM3 for not “Walking the Talk,” saying it is unacceptable that after all the speeches on the importance of Civil Society in overcoming NCDs, not a single Civil Society representative was called upon to make an intervention from the floor at the HLM3 panel.

Other side meetings gearing up to the High-Level meeting were organized by the PRB, NCD Child, and NCD Free just to name a few. Some of the topics on deliberation were “NCD Prevention and Adolescents: The time to act.” The topics were streamed live, allowing the online community to participate on Facebook and tweeter on September 25, 2018.

Close to 40 million people die yearly from these chronic diseases according to the World Health Organization. The Sustainable Development Goals aim to reduce the number of NCD related deaths by one third by 2030.