Untamed behaviors: an increased risk for spread of HIV in Foumbot

We met Carol at “La rue de la joie” (the street of joy) in Foumbot, unlike its name which evokes feelings of happiness, the street is a narrowly-tarred-track of about 200 meters long.  With some old dilapidated buildings dotted in the area like in other parts of Foumbot, the street can also boast of a few classy snack bars. For newcomers, there may be nothing peculiar about the place except the visitor wants to buy some locally grilled fish or drink in one of the several bars along the street.

Carol is one of the proprietors of the bars at la rue de la joie in Foumbot. She is a well-curved lady with a generous chest and pink lips. The way she rolled her large-white eyes and smile through her gap tooth can be inviting enough to attract anyone hesitating to take a beer at her saloon.

The ambiance in carol’s saloon could be likened to one high-class night club in Douala.  No doubt those who have visited Foumbot always equate it to the economic capital of Cameroon. This allusion stems from the fact that Foumbot is not only a transit road linking the Western and Northern parts of Cameroon but has over time established itself as an Agric-business hub attracting business gurus from the four corners of Cameroon as well as neighboring countries like Nigeria, Gabon and Equatorial Guinea.

Foumbot, the bread basket of Cameroon, is a small city in the Noun Division of Cameroon. With a population of about 100.000 inhabitants on a land surface of about 1000km2, basically, 90% of the inhabitants of this community depend on agriculture for their livelihood. The cosmopolitan nature of the city has led to an upsurge of relaxation hubs like “La rue de la joie.”  The bliss that comes out from this place goes beyond the pleasure derived from drinking, eating or enjoying the good music. Some people go there to hang around beautiful women like Carol.

It is therefore not surprising that the practice of exchanging sex for money has overtime gained popularity in Foumbot with young girls migrating from the interior villages as well as other parts of Cameroon to take part in what some call “lucrative business”. Though one can hardly literally identify women selling their body, the buyers and those who have been around for long best know who sells and who doesn’t.

“We have people who come here just to have a taste of our beautiful women. That’s another side of Foumbot very few people know about,” Carol affirms. The exchange of money for sex in Foumbot started from time immemorial. According to some patriarchs, this is the reason why Foumbot was one of the most affected areas when the HIV pandemic began heating hard on Cameroon in the 90s. The virus was so rampant amongst inhabitants in the area to the point that it was dubbed, “The Foumbot Fever” in some parts of the country.

Over the years, sexual education and sensitization as well as the high AIDS related death toll in the 90s, encouraged healthier behavior patterns among members of the communities. With a relapse of sexual education, and the increase of the younger generation into the commercial sex work, more youths are getting exposed.

“Literally every day, I receive young girls and women applying for jobs. They are most often divorced, not educated or young girls who simply want easy money. I generally reject them because working in such a place exposes them to different people with different behavior patterns. I want to be accountable only for my sex life,” Carol explains.

While she has some moral ethics to employ mature girls to work for her, not every bar owner in that vicinity has such principles. Young and good-looking women attract a class of clientele to boost business, hence some bar owners simply ignore the age and bring these young girls on board. Also, some girls prefer working for their personal account by patrolling the streets at night or selling some small consumables all in the bid to attract people willing to pay for their body.

As long as Foumbot will remain a business hub, it will attract people from around the country and its neighborhood. While the HIV-Free team in the Western region cannot force people on how to use their body, it is living no stone unturned to ensure there is behavior change through continuous sex education.

With over 60% of those living with HIV being women of child bearing age, much work is needed to close the gap and stop both vertical and horizontal transmission of HIV in Foumbot. To break the chain, the HIV-Free team has embarked on massive radio sensitization campaigns in the two radio stations of Foumbot – Radio Grassfield and Radio FM 90.2, door- to-door education are ongoing to apprise the exposed population about the virus. Index testing -the process of testing sexual partners of those who test HIV positive is on the rise in the area, while a comprehensive package has been put in place in health facilities to ensure that those who are living with the virus are well taken care of. 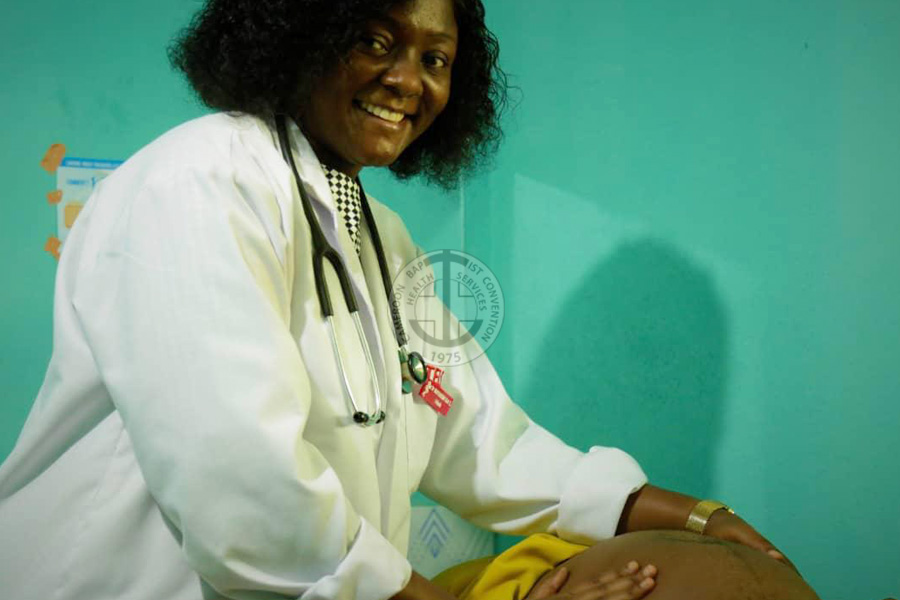 “Knowing one’s HIV status early enough with timely intervention is a life-saving step to stay healthy and break the chain of HIV,” explains Dr. Kam Elvire, HIV-Free site doctor of Foumbot. Together with her team, they have put in place a strategy that enables them to find lost to follow-up clients, carryout community dispensation of ARVs and avail their services to attend to the psychosocial and medical needs of PLHIV on 24/7.

With the consistency of these strategies on the ground, the HIV-Free team is bent on turning the Foumbot business hub into a place of enjoyment in its true sense while ensuring that those living with the virus, boast of quality health as well.

Overcoming COVID-19 Scare in HIV Clients, other Patients avoiding the Hospital Changing the Tides for Disability Inclusion in East Region of Cameroon

Stakeholders renew commitment for Quality Education to Learners with Disabilities

News, Services for Persons with Disabilities