It’s a bright Monday in Mulang, a small community in the Bamenda neighbourhood. It rained all through the weekend but the beaming sun race from the sky was a symbolic sign that the Monday was promising. Rachel had long awaited for dawn so she could take her 6 years old son Hassan to the nearest health facility for consultation. Hassan had been suffering from an on – and – off fever for over a week and developed parotitis (mumps).

The hospital was jammed full as usual with the faithful nurses in their white coat busy attending to her clients. Rachel had patiently waited for her turn to come to meet one of the nurses on seat. After laying her complains, the nurse had meticulously examined the child before asking follow-up questions. Suspecting the child’s health issues, the nurse inquired from the mother if an HIV test could be run on the child among others. This initiative is called provider initiated testing and counselling (PITC) which was introduced by the HIV Free project in all PEPFAR implementing regions to help suspected HIV clients to confirm their HIV status. 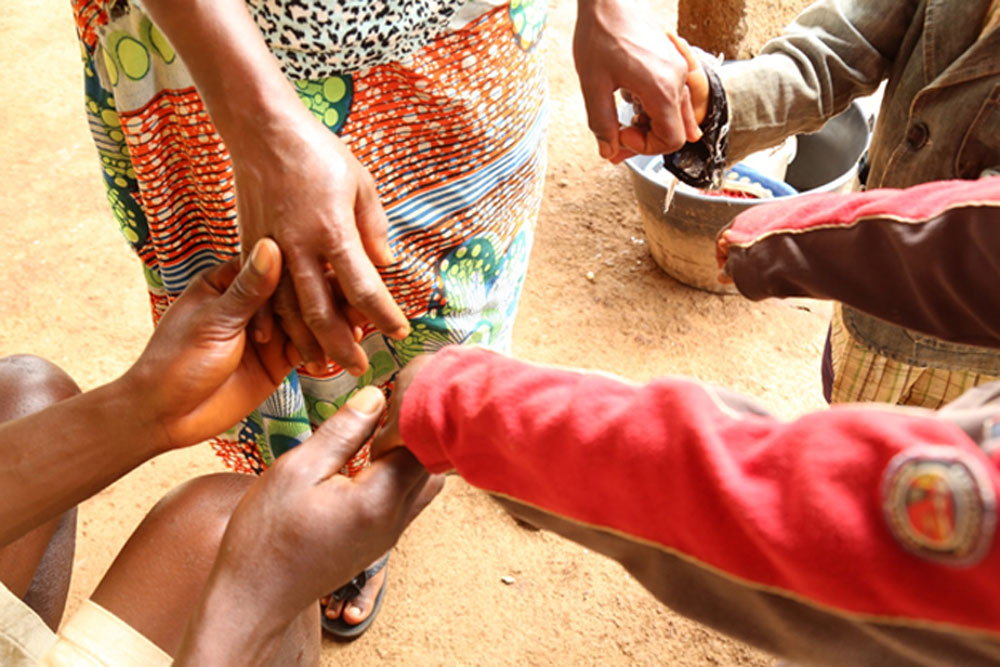 Rachel nodded yes without any hesitation; the child’s health was her primary concern. About 20 minutes later, she was called back in to the office. A nurse walked her through the post counselling procedure before giving her what she called “the blasting results of her son’s HIV status.” Rachel was taken aback. She could not believe that her son was HIV positive. How was that possible? Was one of the many questions that went through her mind in the split of a second.

The nurse encouraged her that all hope was not gone. “I did not realise when a phone call was made. I just heard the knock at the door” Rachel explained. The nurse introduced this new comer to Rachel as the psychosocial worker who will work with her and the role she would play to ensure they stay healthy.

Rachel followed this lady to her office who break down the step by step approach of how HIV can be contracted and how it can be contained “Before she could even asked, I already had it in mind to find out from her if I could be tested.”

Rachel was tested HIV positive too. The psychosocial worker had inquired to know more about her biological children and sexual partners. Rachel was schooled on the importance of knowing ones HIV status early in other to make timely decisions. Rachel had hesitated, she still had not come to terms with what was happening and felt it was enough for the day. She had asked the social worker to give her some days to think over and promised to get back to her in a couple of days.

Since Rachel didn’t respect the rendezvous, the psychosocial worker used the number filled on the form to get in touch with her. Rachel’s number didn’t go through so she decided to visit her as they had consented. Rachel was still very worried, she had not told her husband anything yet. The psychosocial worker talked with her as a friend and encouraged her to take another rendezvous, this time, Rachel kept to her words.

The psychosocial worker reiterated on the importance of knowing the HIV status of everyone in the household for the good of all. She knew it was imperative for her to make a decision for the sake of the people she loved. It was then that Rachel had given consent for the HIV Free staff to contact trace members of her household and test them for HIV. This strategy is called index testing. Index testing is a process whereby an index case that is an HIV positive client (adult or child) willingly gives the list of all of their: sexual or injecting drug partners within the past year, and children (biological children of a female index client) for eventual HIV testing.

Rachel had accepted that her husband and children be tested. The social worker handed Rachel’s home address which concealed Rachel’s Identity to an HIV Free staff in charge of index testing who used the directives on the form to locate Rachel’s home.

Rachel’s two other biological children were tested for HIV as well as her husband with the latter testing HIV positive too. He was linked immediately on treatment and received psychosocial support from the social worker who availed her services to ensure that the family stays united and healthy. Together with his wife and son, Emmanuel, Rachel’s husband made it his obligation as head of family to make sure everyone takes drugs on time to stay healthy as he attest.

“Within two weeks three members of my family got diagnosed with HIV. I must confess it is very difficult. But despite the challenges and with the moral support received from the service providers, for six months now we are all adhering to treatment and we are faring well.”

“We basically support one another so that we don’t miss treatment. The social worker can attest to the fact that we look much better now especially my son who was always sick” Rachel added.

Through these initiatives more than 4,200 persons exposed to HIV have been tested for HIV with a 4% rate testing positive and linked to treatment immediately. Such moves are commendable efforts take Cameroon to 95-95-95 by 2030.

Taking a new lane I finally got married despite my Status