The work of the Cameroon Baptist Convention (CBC) Health Services in the community has once more been spotlighted for praise by the Media. A year hardly passes by without the Press in Cameroon singling out the CBCHS for an award in one domain of health or the other. This time, it was the turn of one of the most listened and participatory talk-show program in the city of Bamenda named, “Press and Associates” (P&A) on Ndefcam, a local FM Radio Station in the city.

The date was November 16, 2019 and the occasion was the celebration of the 250th edition of the program, P&A. According to the organizers, the event was scheduled to hold in the month of August but it was postponed due to the 3-week lockdown imposed on the two English speaking regions in August 2019.

Four individuals and an organization (CBCHS) were singled out and awarded as ‘Community Heroes’ for their impact on community life. In particular, the CBCHS was recognized for her efforts in touching the lives of persons with disabilities, HIV and AIDS, orphans and even prostitutes through various specialized programs. Mr. Wango Barnabas, Assistant Administrator/PRO at the CBCHS Central Administration received the award on behalf of the Director of Health Services. He was accompanied by Babey Mary Mah, Coordinator of the New Life Club program (ministering to prostitutes) and Bonkung Handerson, Editor-In-Chief at the CBCHS Communication Unit. 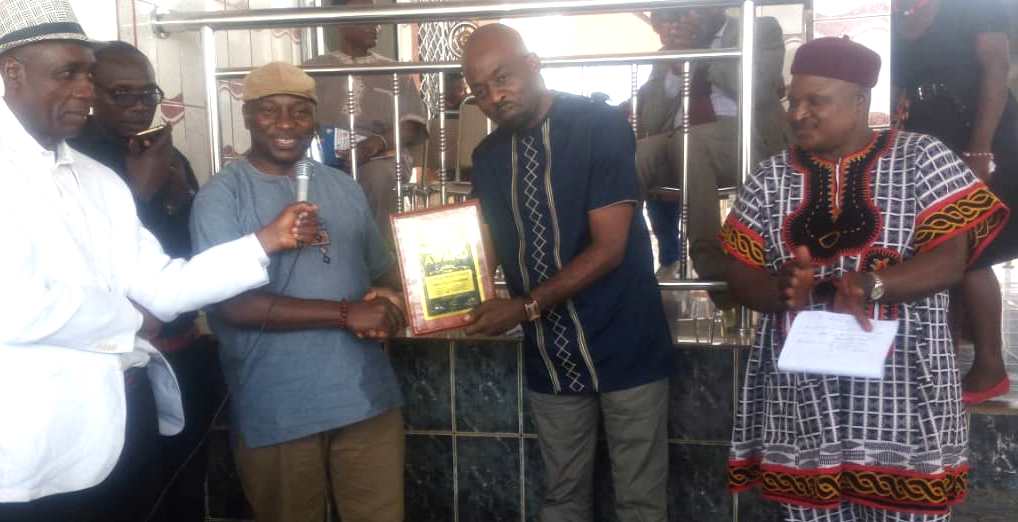 Handing over the award to the CBCHS, Dr. Nsame Denis, Director of the Bamenda Regional Hospital heaped praises on the CBCHS for their outstanding performance in bringing quality health care to Cameroonians in every nook and cranny. Proof of this, according to the Director, is the fact that WHO selected the CBCHS to beat down the prevalence of HIV by 2021 in one of the four recently carved out zones of Cameroon. The CBCHS will cover the West, Northwest, Southwest and part of the Littoral regions. Dr. Nsame said meriting the confidence of WHO is reason enough that the CBCHS is an organization to reckon with.

The most outstanding laureate of the day was one Augustine Nguh, a mechanic by training who abandoned her trade to be filling pot holes on the very bad roads in the city of Bamenda using his personal initiative. An on the spot contribution of 25.000fcfa was contributed by the event attendees to support Augustine.

Other laureates were Lemfon Isaac as the most prolific caller to the P&A program, Randy Joe Sa’ah, reporter with BBC for courage in crisis reporting and Dr. Kinge Thompson Njie, outgone Director of the Bamenda Regional Hospital for transforming and raising the standard of the hospital to a clean environment highly applauded by the population. His successor, Dr. Nsame Denis received the award for Dr. Kinge Thompson, now Director of the Limbe Regional Hospital.