In Africa like many other parts of the world, attending school is always one of the most enjoyable experiences of childhood. It is because of school that most children get the opportunity to get new things (school material), leave home, make new friends, play, and most importantly study! School reopening is always much anticipated and comes with a lot of euphoria.

Such excitement is unmeasurable among those who are attending school for the first time and even those who have been on holiday and are returning. For those unable to go to school for one reason or the other, it is always one of the worst seasons. They will normally wish for the holiday to be extended for them to be able to have their friends and siblings continue to play with them. Most of these children are usually those with a disability whose inability to attend school can be due to many reasons. These range from family neglect, lack of transportation means, inaccessibility of school environments, negative attitudes exhibited by some schoolmates and school authorities mostly due to ignorance. 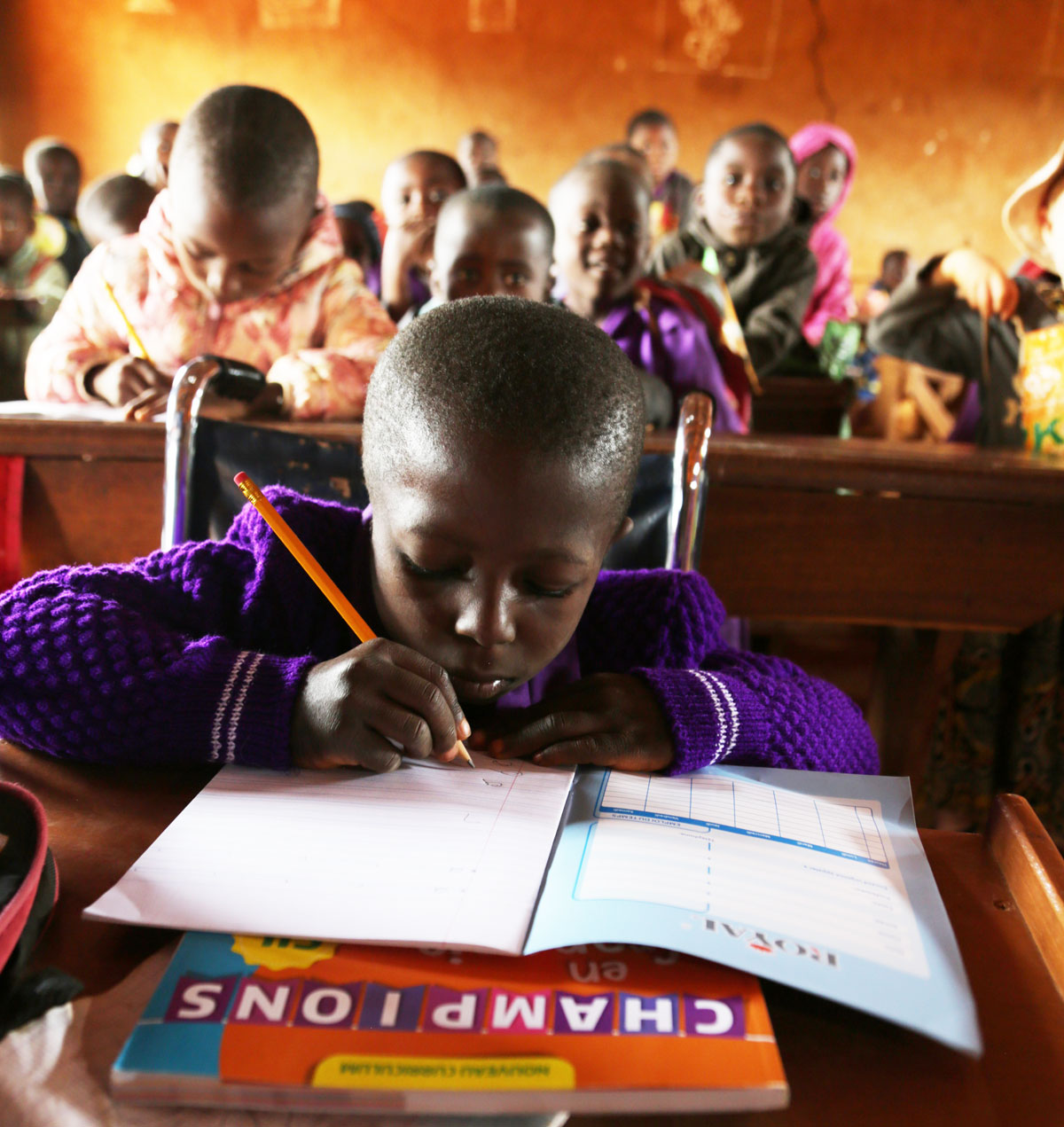 Fokam (not real name) is one of these children who for some years stayed back home without the opportunity to go to school. The 7- year old Fokam would seat at their door and watch children go to school, and at worst, he was locked up in the house, alone and with no one to take care of him. His only crime was that he was born with a disability.

Born in 2014 in Bafou West Region of Cameroon, Fokam came with one ear and a condition that rendered his legs soft without bones. He was later taken to the hospital where both legs were amputated. Living with amputated lower limbs was already challenging, a situation that got worst when his mother died before he could celebrate his first birthday. His only caregiver became his grandmother, all other family members neglected him. To them, he was up to no good. The grandmother would carry Fokam to the farm but started leaving him at home alone when he became too heavy for her, given her age. He would stay at home behind closed doors, with nothing to eat, no one to assist him to ease himself, give him water and food. Fokam’s savior was a concerned neighbor.

With the start of the Disability Child Protection Project in 2021 in the West Region of Cameroon, communities are receiving sensitization on their role in promoting and protecting the rights of children with disabilities. Identifying cases of child abuse and channeling them to appropriate departments for intervention has been ongoing. Thanks to this community sensitization, Fokam’s neighbor knew who to contact for him to receive help. The Field Worker Mrs. Twoyem Sonia and the project Coordinator Mr. Njoya Kevin learned of this child and immediately started work towards giving him a better life.

Their interventions have given Fokam some family and community acceptance. He started receiving much-needed attention and care from his uncle Choundong Tegmo Romain, who hitherto had nothing to do with him. They also initiated his social inclusion in the community, first by getting him a wheelchair that enabled him to move around. Upon noticing that he was already more than school-going age, the project worked towards having him admitted to a school. School authorities were contacted and educated on the importance of Inclusive Education for Children with disabilities, a lesson that was greatly welcomed by the inclusively-friendly Head Teacher of the school in his neighborhood, Nguefack Feubong Modeste. Modeste has worked collaboratively with the Project, educated his students to accept Fokam and other children with disabilities. He has introduced Inclusive Education to the General Assembly of parents and the Delegation of Basic Education to always take decisions especially that of the annual school budget to include aspects of Children with Disabilities who have been exempted from school fees as per the policy. The General Assembly has approved these and has promised to ensure the construction of ramps to facilitate the movement of children with disabilities. He is making further strides to see to it that other schools in his village which refuse the admission of children with disabilities emulate his example and give children with disabilities the education, the love, and the quality of life they deserve.

Fokam’s school needs (books, uniform, adapted study table school bag, etc) have been provided by Bafoussam Baptist Health Centre, a partner organization to the CBCHS EDID Program, the Strategic Partner Organization to the Liliane Foundation in Cameroon. These have made Fokam and his entire family happy and thankful to the funders, the Liliane Funds through the CBC Health Services. 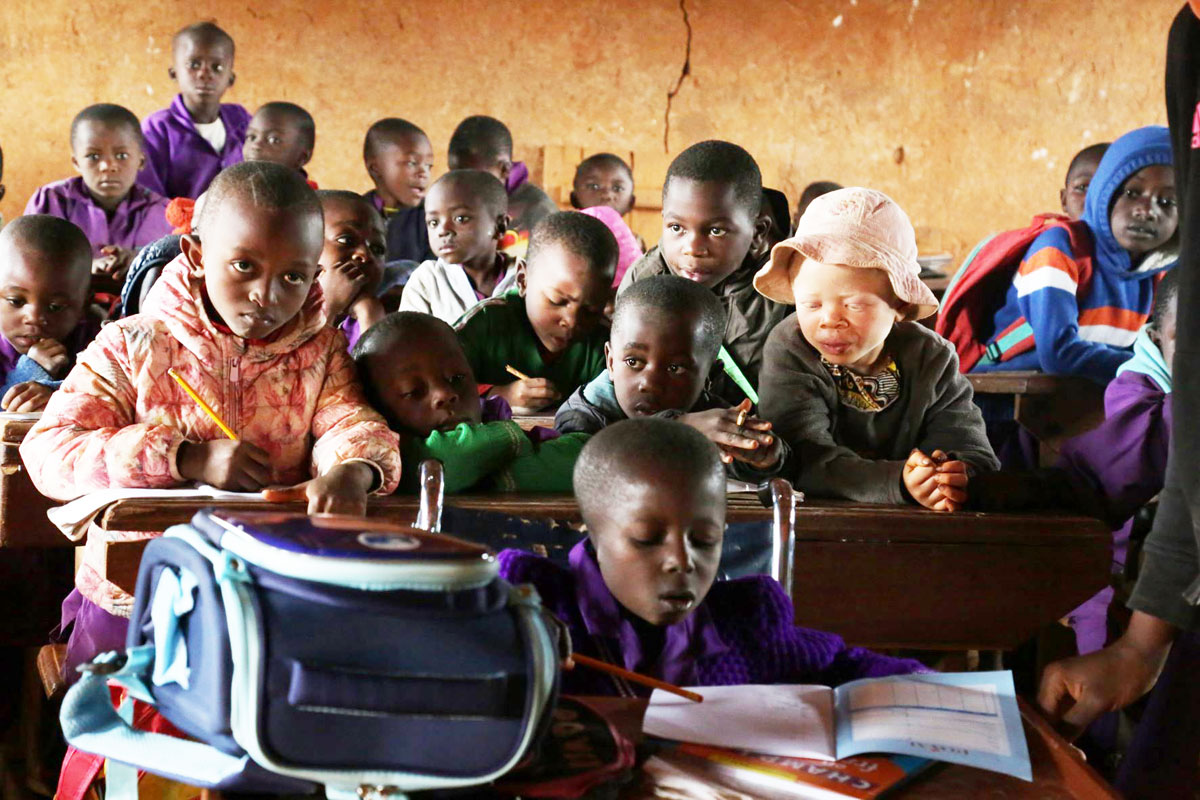 While in school, Fokam receives assistance from his mates, plays with them, and studies well. According to his class teacher Joussi Julienne Florentine, Fokam loves reading from the black board, gets needed company from classmates during breaks, and has improved in studies during his short time in school. He does well in reading the alphabet and is willing to learn fast. “I am proud to be in school and to study with my friends”, says the joyful Fokam who has become a center of attention and admiration.